Ray Allen and The Diversity and Inclusion Initiative 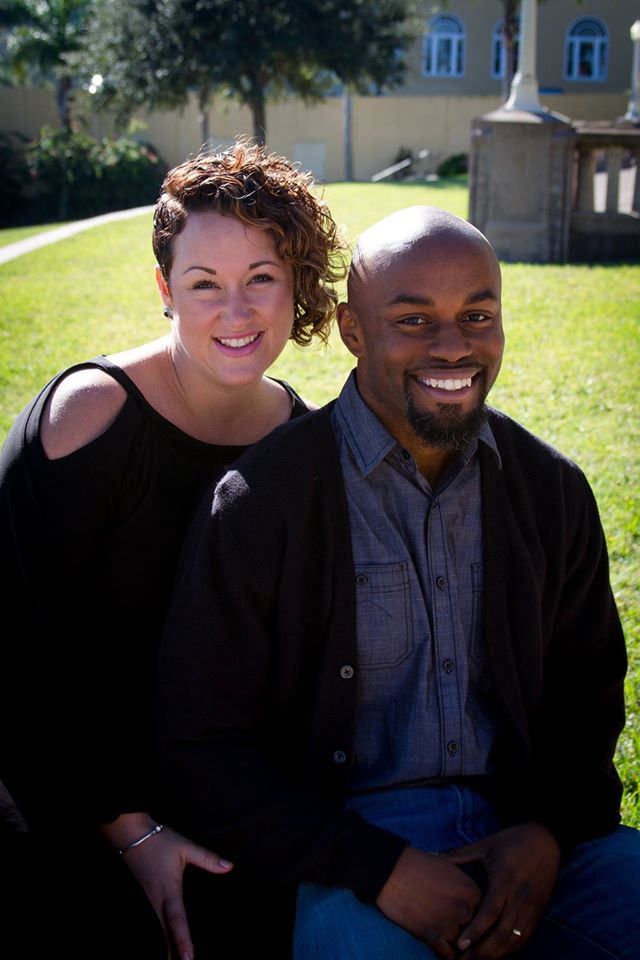 We sat down to chat with Ray Allen to understand his work with Southeastern University and its Diversity and Inclusion Initiative. We sought to understand how his work on this campus is impacting the Lakeland community towards a greater heart of unity.

Diversity hits home for me, my wife, and my family because we are in an inter-racial marriage. Growing up, and having the opportunity to do life as a family, and creating your own narrative, there is opportunity to change things. My wife and I have slowly realized that each family has its own hidden bias’ that are subtle and ingrained. We believe that all people are God’s people, created in His image! When we embrace it, our family should include different perspectives. These may be challenging, but they make us better. What does diversity look like in family? Family isn’t something that you are born into, its something that is created and established. Diversity doesn’t mean skin color, this is only an aspect. In our family, we push past the surface level things we can learn about diversity. Its more than just noticing differences, but celebrating the differences and then finding points of intersection and unity in one another.

My wife and I have been married for almost 11 years, and we have four kids, one boy and three girls. My wife Gwen is white, but her birth father was Irish, so there is a mix of many cultures in our family. Its comical when I visit my sons school, people take a second look at me, trying to make the connection between my son and I. Its amazing to see his response to his classmates, the tone and inflection breaks down the framework of whats considered normal, and streamline.”

What has your experience been in Lakeland?

“I am originally from Miami, FL, which of course is a very diverse place. This aided in the development of my mindset. For example, my next door neighbors were Cuban, White, Islanders, you name it! How do all these people live in a community and do life together? We had a very tight Knit community growing up, i learned early on that diversity wasn’t something to shy away from or run from, it was something to embrace. I came to Lakeland in 2000, I love it. Its definitely different than Miami but not in a bad way. I have really fallen in love with this city. I initially came up here for school at Southeastern University, but after meeting Gwen, we decided to stay put in Lakeland.”

How did you get involved with SEU?

“I was a student there first, and got very involved. When i first came, i had a really hard time adjusting because it was so different from the culture I was used to, I had an adjustment period. The challenge was not having someone to navigate through that season with. I enjoyed my schooling, but still wasn’t planning to stay here. For a period, I worked In Missouri working at a sports camp, and one random day I got a phone call, and was offered a job at SEU working as a hall director. God opened a door and I walked through it. It been about 12 years now working for SEU. Its been such a joy connecting students to the university, but also to the greater Lakeland community. Its really important to me, that i introduce these students to ALL of Lakeland, not just the picturesque parts, but for them to get exposure to every community, and for them to understand that all of them matter.” Tell me About The Diversity And Inclusion Initiative.

“The idea of diversity is often thought as something that divides, but its really a celebration of the kingdom of God. The challenge of coming to Lakeland was the question of: Do I belong here? Do I fit in? The same issues exist with students today, but they just might look different. Coming from different backgrounds to a school and getting a degree doesn’t change the fact that there are still differences among students. Some students coming from especially low income families, or underprivileged homes expect that a college degree will somehow change who they are or make them like everyone else, when in fact it simply brings opportunity to express who you are in newly accessible places. There was a point where I questioned, “God Why am I here?” and He would uplift me by saying, “You know what its like to walk here, and to be in place where you’re searching for hope and freedom.

Overtime I began to see students just like me, and I began to connect with them and start this dialogue of diversity, and my office became the place where people were told to go for this conversation. There was a group of students who wanted to do more than just talk about this, so it became about sharing stories, hosting events, bringing awareness to the campus, and do it outside the campus as well. My job is to oversee and direct those questions, which obviously requires intentionality. Sitting down with the administration of the campus, and talking through the hearts of these students snowballed into the diversity and inclusion initiative.”

“I’m against making it a club, because that would be equating this to a hobby. Its more than just an interest, or a passion, we are talking about people here! The first year (2015-2016) we had no title, no anything, and there was a beauty in that. This showed the campus that it was beyond just people thinking about diversity, real people care about this stuff. Its someone’s life, it’s someone’s story. The best way to describe this Initiative is as a way of life, it requires continuous engagement/conversation.This is not an optional conversation, its just open space. The team consists of about 8 students (Various demographics- Hispanic, Nigerian, white, Haitian, black…). I feel honored to be apart of it cause Its really shaping me just being in this setting with them.”

What kind of events have been done? What has the impact been?

“There are various events that are hosted on our campus like Hispanic/latino heritage month, Autism awareness, and other events on the National Calender. Our goal is to educate and empower. The starting point is always bringing some sort of awareness to the SEU community, and abroad. The Role of this initiative at SEU has largely been impacting and connecting with the academic sector, promoting unity across diverse platforms.

Our greatest impact has been with faculty, who have opened up classrooms, provided discussion, panels, and forums to assist in educating our campus. This has affected the way faculty approach their classrooms, and in their perspective on various topics. We do an event at least once a month. We currently have a balance between events and awareness/spreading the word/starting the conversation. It can be an uncomfortable area, but we have to choose to be comfortable with being uncomfortable. Our main goal is to discuss our differences, and tackle hard conversations, while being able to still see another Human made in His image.”

In what ways has God shown you the importance of a United City?

“Because I have been at SEU for so long, I was always apart of the church expo. It always bothered me that these churches don’t often work together. There are many commonalities, but we let our differences keep us apart. The Kingdom perspective is that we are working together for God’s kingdom. His kingdom is more important than my difference. Our rights are great until they get in the way. You have to lay those things down, you have to be willing to reach people, and impact the community. Its not just to get them to go to your church/congregation, we all answer to one name.”