Meet a UC partner: Heart of the City Radio 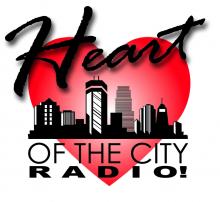 Heart Of The City Radio started in Minneapolis, Minnesota with the heart of using music from all over the world, and of many different genres to worship Jesus together. It all started with events called Worship celebrations that sought to have an evening of worship in multiple languages and with different styles that would represent the heart of the city. This group produced over 6-7 albums of original songs and began to grow exponentially as a worship team, and also in the amount of people that attended these events to worship throughout the city. One of these original songs lining up with the vision of United City, entitled “We Can Do Together (What We Can Not Do Apart!)” Listen here: https://www.youtube.com/watch?v=qY3vrfGuT88. Edwin Adorno (pictured above), a member of both Heart Of The City and United City, was born and raised in New York City to Puerto Rican parents. He has been involved in Christian music most of his life as a worship leader, choir director and vocalist in various bands. After living in different states and overseas, his wife Faby and him have made Central Florida their home since 2014. They have three grown children and a bunch of grandkids!

Locally, Edwin brought a branch of the vision that started in Minneapolis to the Polk County Area, in the form of a local radio station. He served on the team in Minneapolis as a singer, and he also serves on the United City worship team. Edwin is the producer and host of Heart of the City Radio, a weekly 1-hour eclectic Christian music podcast that supports, promotes and encourages local independent Christian recording artists of all genres throughout the US and abroad!

Edwin shares the vision behind Heart Of The City Radio on his website, which is highlighted below:

“The goal of Heart Of the City Radio is to support, encourage and promote the local independent Christian music recording community while providing a unique listening experience to anyone, regardless of their faith-walk, to enjoy a truly eclectic mix of positive, encouraging and inspiring music in the many styles reflecting the rich diversity of our many cultures.”

The radio station pre-records episodes that are featured through various avenues, and every episode is about one hour in length. Around 10-12 songs are featured with added commentary, new artist introductions and a short devotional. There have been over 114 episodes produced so far, and new ones made consistently. Edwin shares that he has a passion for blessing independent artists by giving them a platform, and by showcasing and supporting their talents. These episodes are featured every Saturday at 9 am on One Jam Nation Radio. Heart Of The City episodes are now available on the go by downloading the KFAI app OR following/subscribing to HOTCR on iTunes, SoundCloud or Tunein Radio. They can be followed on Twitter at @HOTCRadio and also more information is available on their Facebook page!

United City is excited about our partnership with Heart Of The City Radio, and the shared vision for the Kingdom of God to come in this city!